Through our Crossroads of Cultures program, travelers learn from expert lecturers while journeying through Albania’s most notable sites and towns along with Epirus, Greece’s northwest region.

Even though Albania, which borders northwest Greece, has been inhabited for at least ten millennia, today it’s one of Europe’s last “undiscovered’ countries. But Albania’s strategic position, only a short distance from Italy across the Adriatic Sea, and commanding the route from west to east, made it an important and flourishing possession of empires and other powers since antiquity. Greeks founded cities on its shore, beginning in the 7th century BC; the Romans made it a province, later becoming a Byzantine and Ottoman territory; and in the early 20th century, it was part of the Austro-Hungarian Empire, and under the domination of Italy and Germany.

Depart from the USA for Tirana, Albania.

Arrive in Tirana and transfer to the MAK Albania hotel. In the evening, enjoy a welcome dinner.

Founded in the 17th century, when Albania was part of the Ottoman Empire, Tirana became the country’s capital in 1920. That was the time when Italy began to exert its influence and dominance, culminating in 1939, when Mussolini invaded and occupied Albania. In the morning, tour Tirana, whose central square and streets are lined with architecture dating from the Ottoman, Italian and Communist periods. Visit the National Historical Museum, the country’s premier museum, where exhibits chronicle Albania’s history. Notable works are the finds from the ancient Greek settlements. Spend the afternoon at leisure to explore Tirana on your own.

Leave Tirana in the Morning for Durres. Situated at the head of a spacious natural harbor, Durres was founded by Greeks in the 7th century BC. During the Roman period, it flourished due to its position as one of the starting points of the Via Egnatia, the great road that linked the Adriatic Sea with Byzantium. Explore the ancient remains, including the enormous amphitheater, built in the 2nd century AD, and visit the Archaeological Museum. Continue to Apollonia, the second major Greek settlement, founded by Corinthians around 600 BC. An extensive site, it is dominated by the remains of the Bouleuterion (city council). The Museum, located in an old monastery building, houses artifacts from the excavations of the site. Nearby is a 13-century church with beautiful Byzantine frescoes. After lunch, drive to Berat. Hotel Onufri

Inhabited since the Bronze Age, now a UNESCO World Heritage Site, Berat is one of the oldest and most attractive cities in Albania. It thrived in the Middle Ages, thanks to its strategic position on the crossroads of trade routes. Its attractive old white houses are built amphitheatrically around a hillside that is crowned by a Byzantine citadel. Within the citadel are eight medieval churches, one of which houses a superb collection of icons painted by Onufri, a master iconographer who lived in the 16th century. Explore Berat, including the citadel and the Onufri Museum in the Church of the Dormition, the Ethnographic Museum, the 15th-century King’s Mosque and the neighboring Halvati Teqe. Time will provided for independent activities so that you may explore Berat’s picturesque streets and alleyways on your own.

In the morning, travel to the impressive archaeological site of Byllis. View the remains of private homes and other buildings within its 4th-century BC walls. Enjoy lunch in Tepelena, the hometown of the notorious Ali Pasha, an Ottoman Albanian, who in the late 18th century served as ruler of the Ottoman Empire's European territories. Continue to the beautiful Gjirokastra and the Hotel Agjiro.

The UNESCO World Heritage Site of Gjirokastra is built below its castle that commands fine views of the Drinos Valley below. Old stone houses with slate roofs line the twisting cobbled streets and alleyways. Our morning exploration of the town includes the Old Bazaar district, the Skendulaj House and the Zakate House, fine examples of Gjirokastra’s characteristic architecture, and the labyrinthine Town Hall Air Shelter, built during the communist period. Enjoy the afternoon at leisure.

Take a full-day excursion to Butrint, one of Albania’s most important and evocative archaeological sites. Located across the narrow strait from Corfu, it was the inhabitants of that Greek island that founded Butrint in the 6th century BC. Now a UNESCO World Heritage Site, Butrint was abandoned during the Middle Ages. Almost forgotten and overgrown, it was brought back to life by archaeologists who began to excavate and study the site, starting in the 1920s. Their work has revealed monuments from the Greek, Roman and Byzantine periods. After exploring the site, enjoy lunch at a seasite restaurant and return to the hotel in Gjirokastra in the afternoon.

Leave Gjirokastra in the morning, and after crossing the Albanian-Greek border, stop at the fantastic Vikos Gorge, perhaps the most magnificent natural landscape in southern Europe. Featuring the steepest walls of any gorge in the world, Vikos compares to the Grand Canyon in scale and grandeur. As a 19th-century traveler observed, it’s a sight “beyond words.” Around the gorge are centuries-old villages with stone houses and small frescoed chapels. After lunch at this exceptional place, continue to the town of Ioannina and check-in at the Hotel Du Lac.

Built in an idyllic setting, on a rocky promontory that projects into a lake, the university town of Ioannina is the commercial and learning center of northwest Greece. Visit its old town, still enclosed within fortifications, and known for the manufacture of fine filigree silver jewelry, a tradition that goes back hundreds of years. In the afternoon, take an excursion to nearby Dodoni, an archaeological site known for its superb 3rd-century BC theater.

Leave Ioannina in the morning for extraordinary Meteora - “monasteries in mid-air.” Rising abruptly from the valley of central Greece are gigantic precipitous rocks on top of which are monasteries built by hermits some 600 years ago. Visit the Monastery of St. Varlaam, noted for its luminous mosaics. After lunch at a taverna in Kalampaka, continue to Vergina, ancient Aigai, the burial place of Macedonian kings, now a UNESCO World Heritage Site. The royal tombs include that of Philip II, the father of Alexander the Great. Proceed to Thessaloniki with accommodations at the Hotel Makedonia Palace.

Vibrant, cosmopolitan Thessaloniki, the biblical Thessalonica, was named after the half-sister of Alexander the Great. It is the pre-eminent Byzantine city of Greece and the country's second largest city after Athens. It was a major center of Jewish life and learning from the Middle Ages to World War II. This morning we tour the city's principal monuments, including the remains of the Palace and the Arch of Galerius; the Rotunda, now the church of Aghios Georgios; the Church of Holy Apostles, with 14th-century mosaics; and the 5th century Cathedral of Aghios Dimitrios. The afternoon is free for independent activities. In the evening, enjoy a farewell dinner.

Morning transfer to the airport for return flight home. 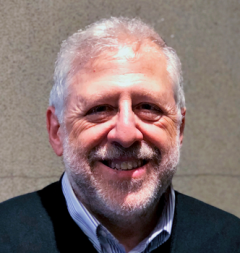 Larry Wolff is Silver Professor of European history at New York University, executive director of the NYU Remarque Institute, and co-director of NYU Florence.  A leading scholar on Eastern Europe, he is the author of Inventing Eastern Europe: The Map of Civilization on the Mind of the Enlightenment and, most recently, Woodrow WIlson and the Reimagining of Eastern Europe. He is a member of the American Academy of Arts and Sciences.

From Antiquity to the Byzantine Period

The Harvest of the Olives

A Hands-on and Participatory Travel and Learning Experience

Thank you! Your submission has been received!
Oops! Something went wrong while submitting the form.
Albania & Northern Greece