On this journey, we will explore the most important and magniﬁcent historic cities and islands of Croatia, found along its fabled Dalmatian coast. We will start our exploration in vibrant Split, where the formidable seafront palace of the Roman Emperor Diocletian dominates the modern city as it did in antiquity. The palace is one of the most important Roman monuments in the world. From Split, we will also visit other signiﬁcant places, including the archaeological site of Salona, the capital of this region in the Roman period; the perfectly-preserved medieval town of Trogir; and the idyllic island of Hvar.

From Split, we will sail to Korcula, which, along with Hvar, comprise Dalmatia’s most beautiful and architecturally important islands. In Korcula, walls enclose its main town whose narrow lanes and alleyways are lined with Venetian-inspired palaces, churches and houses that date from the 13th – 16th centuries.  Dubrovnik, which we will reach after a short sail from Korcula, is undoubtedly one of Europe’s best preserved medieval cities and one of the most beautiful. A powerful and prosperous maritime republic called Ragusa, Dubrovnik’s wealth during the medieval period is reﬂected in the elegance and beauty of its places and other buildings.

In addition to exploring the historic towns and sites in an unhurried manner, this journey also provides time to travelers for independent activities.

We invite you to join Historic Cities and Islands of Croatia and discover one of Europe’s most interesting and attractive regions.

Arrive in Split and transfer to the Hotel Park, an elegant hotel located near the sea and many of the city’s attractions, including the Palace of Diocletian and the old town. In the evening, enjoy a welcome dinner.

Built between the turquoise waters of the Adriatic and a range of mountains, Split is Croatia’s most vibrant and exuberant city. Originally a Greco-Illyrian settlement called Aspalathos, Split entered history when the Roman Emperor Diocletian decided to build his retirement palace near the sea, in AD 295. A formidable structure of enormous proportions, the palace contains within its walls Split’s medieval town, making it the only Roman palace that has been continuously inhabited since antiquity. To understand properly the history of Split and this part of Croatia, we will visit in the morning the archaeological site of Salona. Spread across the side of a hill just inland from Split, Salona was the capital of the Roman province of Dalmatia and the probable birthplace of Diocletian. With a population of about 60,000, it was one of the ﬁner provincial cities of the Roman Empire. In the early 7th century, Salona was sacked by Slavs and Avars and the population took refuge in the Palace of Diocletian. After exploring the evocative sprawling remains of Salona and enjoying lunch at a local restaurant, we will tour the Palace of Diocletian, a UNESCO World Heritage Site, including the underground cellars; the Mausoleum of Diocletian, now the Cathedral of the Blessed Virgin Mary; the Peristyle, the main forecourt of the palace; and the Temple of Jupiter, becoming later the Baptistery of the cathedral. We will also have time to explore the old town, whose narrow streets are lined with cafes, restaurants and shops.

Drive in the morning to Trogir. A UNESCO World Heritage Site, Trogir is built on a small island connected to the mainland by a bridge. Within its walls is one of the most beautiful and well preserved medieval towns along Croatia’s Dalmatian coast. Settled originally by Greeks in the 4th century BC, it subsequently became Roman, Byzantine, Hungarian and Venetian. Many intact buildings survive from the 13th – 15th centuries, including the splendid cathedral of Saint Laurence, the Venetian Loggia, and the Cippico Palace, as well as several houses in Gothic and Renaissance styles. On the way back to Split, we will visit the Mestrovic Gallery, the villa of Ivan Mestrovic, Croatia’s premier sculptor. Sited beautifully by the sea, the villa contains a permanent collection of his work. Spend the afternoon at leisure to enjoy and explore Split on your own.

Sail for the day to Hvar, one of the most celebrated islands that line Croatia’s coast. A fertile island of pale stone houses surrounded by rosemary, lavender and laurel, the architecture of the island’s main town, also called Hvar, is unmistakably Venetian. We will explore the town and its beautiful historic buildings, including the 16th-century cathedral, which faces a small harbor; the adjoining Bishop’s Palace and its interesting museum; the Arsenal, completed in 1559, and its theater, one of the earliest surviving in Europe; and the Franciscan Monastery, founded in 1461. Near the main square stands the spectacular Gothic façade of an unﬁnished palace. We will also drive to the top of the fortiﬁed hilltop for spectacular views of Hvar’s red-tiled rooftops and harbor. After lunch, time at leisure will be provided for independent activities at this delightful island before returning to Split.

Sail the Adriatic Sea to Korcula, another island of exceptional beauty and interest. Dock at the town of the same name, situated on a promontory at the eastern tip of the island. Settled by Greeks in the 4th century BC, later coming under the rule of Rome, Byzantium, and Venice, the latter having controlled the island, on and off, for over eight centuries, starting in the 10th century. Korcula attained its greatest prosperity during the 13th – 15th centuries, when most of the stately public buildings and the walls that still encircle the town were constructed. The strong inﬂuence of the Venetians  is evidenced in the architecture of the town. Marco Polo is claimed to be a native and the old house of the De Polo family is pointed out as his birth-place. Accommodations for the next two night will be at the Hotel De La Ville, located in the old town, facing the sea.

Explore in the morning the medieval core of Korcula Town and note its unique layout: western streets run straight to funnel refreshing summer maestral breezes; eastern streets slightly curve to minimize the strong bura winds that blow mostly in winter. Visit the Cathedral of St. Mark, dating from the 13th – 16th centuries, with paintings by Tintoretto and other artists.The Cathedral Treasury, housed in the Bishop’s Palace, one of Croatia’s finest art collections. Also visit the church of All Saints and the adjoining Guildhall, which contains a collection of Byzantine icons.Then drive to the old country town of Blato, the center of the island’s vineyards and wine making, where we will enjoy lunch and taste the local wines. Return to Korcula Town to spend the rest of the day at leisure.

Leave Korcula for Dubrovnik, sailing by the Peljesac peninsula and the islands of the southern Adriatic. Dubrovnik was founded in AD 656 by the inhabitants of the nearby
Greco-Roman city of Epidaurus (now the town of Cavtat) after it was sacked by the Avars. Called Ragusa until the 17th century, Dubrovnik became a powerful and wealthy independent maritime republic. Its ships were to be found in every port not only of the Mediterranean, but all over Europe. Set on a rocky peninsula jutting into the Adriatic Sea, Dubrovnik, a UNESCO World Heritage Site, is one of Europe’s best preserved medieval towns, and also one of its most beautiful cities. Accommodations will be at the Hotel Hilton Imperial, a grand hotel located near one of the gates to the medieval town.

Within its walls Dubrovnik contains buildings of outstanding beauty, which we will tour in the morning. Among them are the Franciscan Monastery, erected in 1343, with its elegant cloister, garden and pharmacy that still has its old instruments; next to it is the small church of the Holy Savior, built in 1520-28; the 15th-century Rector’s Palace, a harmonious blend of Gothic and Renaissance styles; nearby is the equally attractive 16th-century Sponza Palace, the old Customs House; the Dominican Church and Monastery, originally dating from the early 14th century; and the Cathedral, which contains paintings by Titian, Padovanino and Andrea del Sarto. The afternoon is at leisure for independent activities. A walk around Dubrovnik’s spectacular walls is highly recommended. A farewell dinner will be served in the evening at a local restaurant.

Transfer to the airport for the ﬂight home. 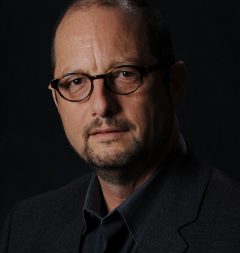 Bart D. Ehrman is the James A. Gray Distinguished Professor of Religious Studies at the University of North Carolina at Chapel Hill, where he has taught since 1988.  Professor Ehrman has published extensively in the fields of New Testament and Early Christianity, having written or edited thirty-one books, including six New York Times Bestsellers: Misquoting Jesus; God’s Problem: How the Bible Fails to Answer our Most Important Question – Why We Suffer; Jesus Interrupted; Forged: Why the Bible’s Authors are Not Who We Think They Are; How Jesus Became God; and The Triumph of Christianity.  His Introduction to the New Testament has been the most widely used textbook in colleges and universities for over twenty years.  He has recorded eight lecture courses for The Great Courses (The Teaching Company).   More than two million copies of his books and courses have been sold, and his books have been translated into twenty-seven languages.

Professor Ehrman’s work has been featured in the New Yorker, Time, Newsweek, the New York Times, the Washington Post and other print media.  He has appeared on NBC’s Dateline, CNN, The History Channel, National Geographic, the Discovery Channel, the BBC, Fresh Air, other major NPR shows, The Daily Show with Jon Stewart, the Colbert Report, and other top media outlets.

A widely sought after lecturer, and winner of numerous university awards and grants, Professor Ehrman is the recipient of the 2009 J. W. Pope “Spirit of Inquiry” Teaching Award, the 1993 UNC Undergraduate Student Teaching Award, the 1994 Phillip and Ruth Hettleman Prize for Artistic and Scholarly Achievement, and the Bowman and Gordon Gray Award for excellence in teaching.

• Fine hotel accommodations throughout: Four nights in Split’s Hotel Park; two nights at the Hotel De La Ville, Korcula; two nights in Dubrovnik’s Hotel Hilton Imperial.
• American breakfast each morning at the hotels.
• Four lunches and two dinners at local restaurants, with wine or beer served.
• Airport and hotel transfers in Split and Dubrovnik and handling of luggage.
• Complete program of tours and excursions by private motor coach and professional English-speaking guide.
• Ship passage from Split to Korcula and from Korcula to Dubrovnik.
• Entrance fees to museums and other sites mentioned in the itinerary.
• Gratuities to drivers, guides, porters and restaurant personnel.
• All local taxes and service charges.
• The services of an experienced Thalassa Journeys trip director.
• Complete package of pre-departure material.

Thank you! Your submission has been received!
Oops! Something went wrong while submitting the form.
Historic Cities & Islands of Croatia