On this unique journey, we will explore some of the most significant sacred places in Greece that date from the ancient past to the Byzantine and post-Byzantine periods,places of singular beauty and historic importance. We will start in northern Greece, in Thessaloniki, the Biblical Thessalonica and a cosmopolitan city of cultures and faiths since early times. Founded in the 4th century BC, Thessaloniki later became the second most important city in the Byzantine Empire and is now noted for its late antiquity and early Christian monuments. We will continue to Vergina, the ancient Aigai, the sanctuary of Macedonian kings and their temple-like tombs that yielded a wealth of precious objects, and then to awe-inspiring Meteora, more precisely the Meteora Monasteries (“monasteries in mid-air”), built some 600 years ago by hermits on top of a forest of gigantic rocks. On to Delphi, the sanctuary of Apollo and the seat of his oracle, situated in an unforgettable setting. After a stop at monastic Osios Loukas, a gem of Byzantine architecture and art, we will end in venerable Athens.

We are most privileged to have on this journey Karen Armstrong as our Distinguished Guest Lecturer. One of the world’s foremost religious scholars, Ms. Armstrong has authored over 20 books that have been translated in 45 languages. Her lectures and discussions will add greater meaning and depth to the journey.

Autumn, when the temperature is just right and the crowds of tourists are gone, is one of the best times of the year to explore Greece. Join us for an unforgettable and unprecedented travel opportunity.

Arrive in Thessaloniki, Greece’s second largest city. Founded in 316 BC at a head of a spacious bay and named after the half-sister of Alexander the Great, Thessaloniki, the Biblical Thessalonica, is renowned for its monuments dating from late antiquity and the Byzantine era. Under Justinian, it became the second most important city in the Byzantine Empire. The city was also for centuries home to a thriving Jewish community and an important center of Jewish learning and scholarship. St. Paul preached here in AD 49-50, and addressed two of his epistles to its citizens. A welcome dinner will be served in the evening prepared by Father Epiphanios, a monk and
master chef at Mount Athos, the ancient monastic community of Orthodoxy, also known as the Holy Mountain. Father Epiphanios has gathered and updated the centuries-old culinary traditions of Mount Athos.

Tour in the morning the city’s important ancient monuments, including the remains of the Palace of Galerius, the Roman emperor who lived in the city; the Rotonda, built as an imperial mausoleum, later converted to the church of Aghios Georgios; the Arch of Galerius; the church of Aghia Sofia, dating from the 8th century; and the church of Holy Apostles, decorated with striking 14th-century mosaics. In the afternoon, visit two of Thessaloniki’s finest museums, the Museum of Byzantine Culture and the Jewish Museum.

Drive in the morning to Philippi, founded in the 4th century BC by Phillip II, the father of Alexander the Great. A sprawling site, it is believed that here St. Paul delivered the first sermon on European soil and baptized his first convert, St. Lydia (AD 49). After exploring the ancient city, continue to the nearby picturesque seaside town of Kavala for lunch. Kavala is the ancient Neapolis, where St. Paul landed in AD 49. Return to Thessaloniki in the afternoon.

Leave Thessaloniki for Vergina, the ancient Macedonian royal capital, where we will visit the incredibly sumptuous temple-like royal tombs, including that of Phillip II. The temples yielded treasures in gold that are displayed in the Archaeological Museum, which we will also visit. Vergina is a UNESCO World Heritage site. Stop in picturesque Veroia, the Biblical Berea, for lunch, and then continue to Meteora. Dinner will be served at a local restaurant.

Meteora, the “monasteries in mid-air,” is one of the most extraordinary sites not only in Greece, but in all Europe. Rising from the flat valley of the region of Thessaly are gigantic rocks of various shapes on top of which are monasteries built by hermits some 600 years ago. At this UNESCO World Heritage site we will visit the monasteries of Varlaam, originally founded in the 14th century, and Aghios Stefanos, which is occupied by nuns. Both monasteries are covered with glorious frescoes. The gardened terraces of the monasteries provide stupendous views of the imposing surroundings. Enjoy lunch at a restaurant and the afternoon at leisure.

Drive through central Greece to Delphi, the sanctuary of Apollo and the place considered by ancient Greeks as the omphalos, the center of the earth. Delphi stands on high ground and is surrounded by towering mountains split by a ravine. This place of savage beauty has been sacred since the earliest times. Steam and fumes emerge from cracks and crannies in the rocks giving the region an awesome majesty that perhaps inspired the building of the fabled shrines starting in the 7th century BC. Here, a priestess would render the oracles to those anxious to know the future. After lunch, explore the site, including the Sacred Way; the Treasury of the Athenians; the Temple of Apollo; the Theater; and the Stadium. Also, visit the museum, which houses the famous bronze statue of the Charioteer, among other treasures.

On a shady terrace near Delphi stand the two domed churches of Osios Loukas. Dating to the 11th century, they are among the finest examples of Byzantine architecture and art in Greece. The two churches, the katholikon of Osios Loukas and the Theotokos (“God-bearing,” ie, the Virgin Mary) contain luminous mosaics and frescoes that are of primary importance. After visiting the two churches, and enjoying lunch at the traditional town of Levadia, continue to Athens, where accommodations for the next three nights will be at the Hotel King George, located on Syntagma (“Constitution”) Square, the center of the city.

On a shady terrace near Delphi stand the two domed churches of Osios Loukas. Dating to the 11th century, they are among the finest examples of Byzantine architecture and art in Greece. The two churches, the katholikon of Osios Loukas and the Theotokos (“God-bearing,” ie, the Virgin Mary) contain luminous mosaics and frescoes that are of primary importance. After visiting the two churches, and enjoying lunch at the traditional town of Levadia, continue to Athens, where accommodations for the next three nights will be at the Hotel King George, located on Syntagma (“Constitution”) Square, the center of the city. and the magnificent reconstructed Stoa of Attalos, which houses the Agora Museum. In the evening, attend a musical performance at the new Stavros Niarchos Cultural Center (subject to programming).

In the morning, visit the Benaki Museum. Located in an elegant mansion near the hotel, and previously the private collection of the Benaki family, the museum’s stunning collections include artifacts from various periods of Greece’s long history. In the afternoon, tour the Acropolis, the rocky plateau that rises dramatically out of the plain and dominates the modern city as it did in ancient times. The incomparable Parthenon and the other temples and structures built in the 5th century BC represent the highest achievement of architecture and art of the Classical period. Visit also the Acropolis Museum, which houses an outstanding collection of sculpture and other objects. A farewell dinner will be served at a local restaurant.

Transfer to the airport for the return flight home. 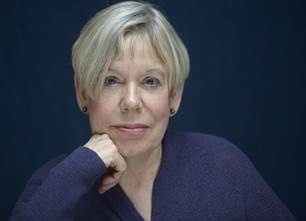 Karen Armstrong is the author of numerous books on religion, including A History of God, which became an international best seller. Her other works include The Battle of God, A History of Fundamentalism; Islam; Buddha; The Great Transformation; The Case for God; Fields of Blood: Religion and the History of Violence; as well as a memoir, The Spiral Staircase. Her most recent work, published in 2019, is The Lost Art of Scripture: Rescuing the Sacred Texts. Her books have been translated into 45 languages.

Ms. Armstrong has addressed members of the US Congress on three occasions and lectured to policy makers at the US State Department. In 2006, she was invited by Kofi Anan to join the High Level Group of the new UN Alliance of Civilizations; in 2008, she was awarded the Franklin D. Roosevelt Four Freedoms Medal; in 2009, she won the TED Prize, and with TED founded the Charter of Compassion, which is now a global movement. From 2008-2016, she was a trustee of the British Museum; in 2013, she was awarded the inaugural British Academy Al-Rodhan Prize for Improving Intercultural Relations; and in 2017, she was awarded the Princess of Asturias Award for Social Sciences.

NOT INCLUDED: Airfare for International flights; expenses of a personal nature; meals and other items not mentioned in the itinerary and the Program Inclusions.

Thank you! Your submission has been received!
Oops! Something went wrong while submitting the form.
Sacred Places of Greece